When it comes to many matters relating to real estate, the Big Apple often lags the rest of the country.

One prime example discussed on this blog concerns the continuing resistance, especially by the biggest brokerages, to a Multiple Listing Service (MLS) even while reluctantly accepting VOWs (Virtual Online Web sites). 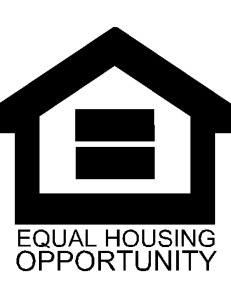 Another example involves the strictures of the Fair Housing Act, along with other anti-discrimination legislation on the municipal, state and and federal levels.

Such measures protect certain “classes” of consumers–for instance, by the source of their income, marital status, age, race and sexual orientation.  (In D.C., sellers may not discriminate by what is called matriculation, that is, against students.)  The list of protected classes can rise into the high teens.

Well schooled about the subtleties of the law when I was affiliated with Long & Foster Real Estate in D.C., I was astonished to see how flagrantly the provisions of the law were violated with impunity by brokers here in New York City.

Apartments were–and to a surprising degree, still are–advertised as ideal for “families.”  They also have been–and still are–marketed as near good schools.

Christine Haughney trained a bright and, to me, welcoming light on the schools issue in the New York Times last week.  As she points out, “good” schools can be interpreted to mean schools for white people and thus discriminatory against other races.

As for apartments in “family” buildings, that approach can be seen as discrimination against single individuals in general and, of course, gay, lesbian and transgendered people specifically.

Crime is viewed as yet another proxy for race, but that is one area that brokers here apparently appreciate can get them into trouble.  Good brokers suggest that buyers check statistics at the local precinct and spend time in the neighborhood.  Others find ways of implying their assessments.

Violations of Fair Housing laws are endemic in Manhattan and elsewhere in New York City.

Brokers wink at them, enforcement officials seem to pay little attention to them, and consumers frequently are unaware of them and their options for using the laws to their advantage.

It is high time that brokerage firms clamp down on illegal practices.  The time is past due that the justice system devotes more resources to finding  offenders here and exacting heavy penalties on them.  The number of likely targets is huge.