The ad was an announcement that Atty. Gen. Eric Schneiderman had named the Salvation Army of America in an action seeking dissolution of the organization to resolve an identity crisis.

My shock underscores the reason for the dissolution: Established in 1885, the Salvation Army of America is not known to have functioned since 1899. 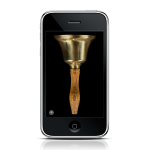 Perhaps you can imagine how troubling the confusion with the defendant’s name could be to the merely Salvation Army (Web site: http://www.salvationarmyusa.org), the familiar organization that has its roots in England in the 1860s and is omnipresent around the December holidays.  For example, what if a will were to use the wrong language?

Jennifer Byrd, the Salvation Army’s national public relations director, related the group’s concerns in an e-mail to me:

Thus, Schneiderman has published a “summons and notice of an action for judicial dissolution of a not-for profit entity.”

Once the notice has been advertised for four weeks in a row, the press office explained, the attorney general will file with State Supreme Court, Brooklyn a motion for a default judgment if no defendant shows up within 30 days.

I don’t know about you, but I’m betting that no one from the Salvation Army of America will surface.

To take your own bite out of the Big Apple, you have the option to search all available properties privately.