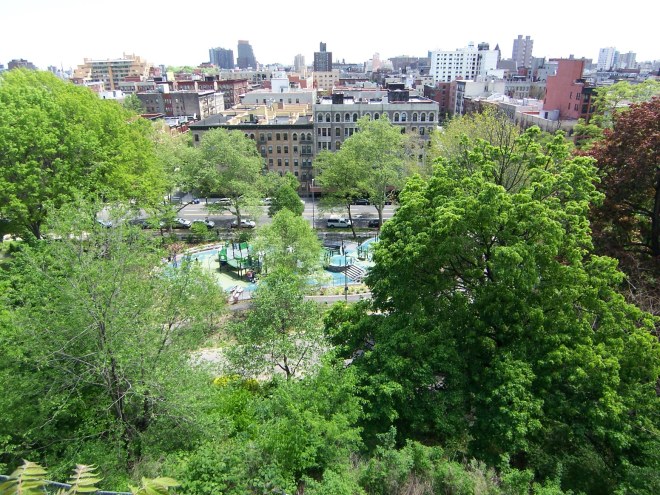 View over Morningside Park toward Harlem

Listing  brokers like nothing more than being the second agent asked to sell a property.

When the first broker’s exclusive listing contract expires, that’s when the seller casts about for a fresh approach.

But the failure to unload the property often isn’t because of the broker: It is because of sellers who ignore or reject advice from the very brokers whose expertise got them the assignment in the first place.

Some sellers won’t make needed improvements, even fresh paint, clear out clutter or, most often, agree to lower the price.  Rarely does a listing return to the market with a new  broker without a new price.

So, second time is the charm.  Third is even better from a broker’s point of view.

Such was the situation with an appealing one-bedroom co-op in Morningside Heights between Broadway and Amsterdam Avenue.  With a modestly renovated kitchen and bath, acres of restored wood paneling, refinished floors, separate dining room and fair amount of closet space, the 800-sf apartment unfortunately looks only onto walls from its first-floor location.

It is in a 1910 pet-friendly low-rise with few amenities but with a policy of permitting washer/dryers and sublets.  The maintenance runs $980 a month, and the current price is a not unreasonable $575,000.

A new team of two brokers took over in August, but they listed the place at just $5,000 less than the prior price.  I was betting that the ask would go down before long, and sure enough it did but not until a couple of weeks ago.

Below are some other recently visited properties listed by various other brokers:

To take your own bite out of the Big Apple, you have the option to search all available properties privately.