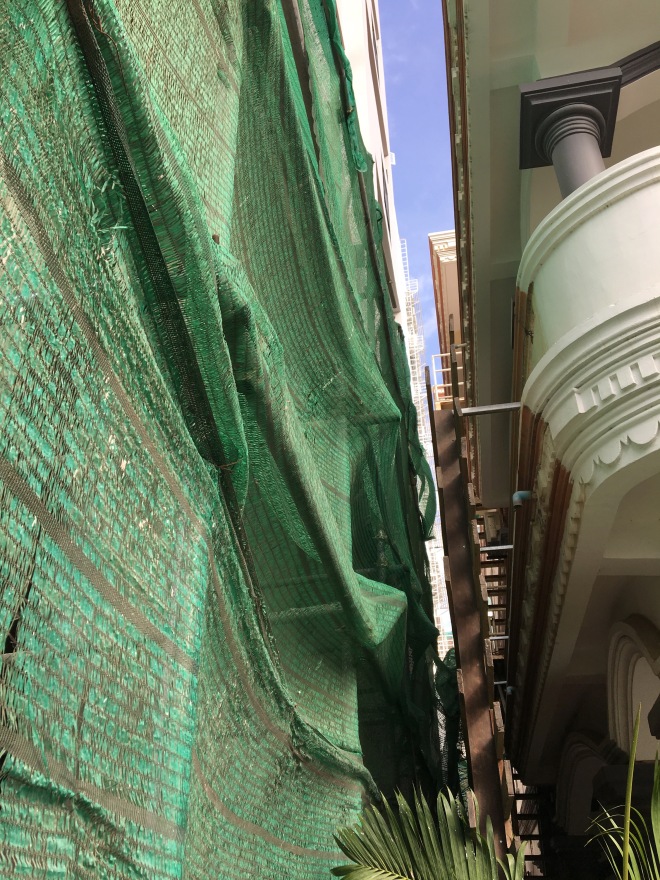 It has been years since I blogged about lot-line windows in New York City.  Risk-takers or ignoramuses pay them no heed at their peril.  In Cambodia, however, it may make no difference to worry about them.

The windows in New York are in buildings constructed up to the limits of the lot they occupy, often for decades.  By law, the windows have chicken wire embedded in them so as to be recognizable as potentially obstructed.

It behooves real estate brokers and buyers’ lawyers to engage in due diligence, assuring themselves and their clients that their views are safe.

Often the views or mere sunlight have gone unimpeded for whole lifetimes since the building was erected, enjoying the space created by much lower housing below.  But time does march on, and residents of units with lot-line windows have no recourse when they are blocked by construction next door.

At least in New York, laws protect consumers against potential problems with their windows.

Here, if there are such laws, I am unaware of them.  Should they exist, you can be sure that they are more honored in the breach by some combination of lack of oversight or bribery.

Examples abound of adjacent buildings mercilessly rising nearly against other ones, sometimes even before a developer has completed construction on the existing condominium. Below are two examples not far from my corner apartment (which, thankfully, so far remains open to the south and west).

I photographed the construction site above from two vantage points a while back.  Now, occupants of the buildings face nothing more than blank walls or, worse, windows that could be a (long) arm’s length away.

Since I took this photo, residents of the building on the left can see only blank walls from windows facing the new construction.  See directly below a couple of months later. 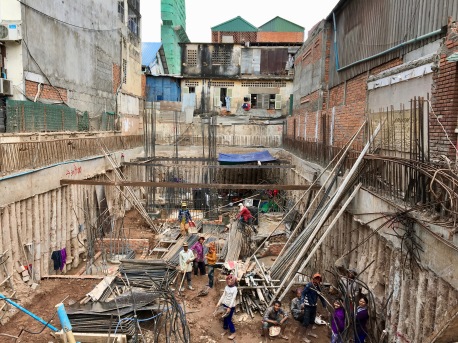 Construction on this site suggests a building that will block light and ventilation for residents living in houses at rear.

Same construction site as the one above but several weeks later.