Change of plans: Out and About will be posted next week

The bankruptcy auction of a 6,398-sf building configured as a church and including four apartments on Lenox Avenue in Harlem is scheduled for Feb. 2

Springfield Missionary Baptist Church has been the owner of the central Harlem building, which is in need of renovation and lacks a proper certificate of occupancy.

Building at 204 E. 7th St., where a studio apartment at auction received the most active bidding, selling finally for $194,000.

Worse, the city collected just 26 percent of the minimum for all the properties.  The minimums totaled $2.921 million, but the amount sold reached only $746,000.

In the Surrogate’s Courthouse oppostie the Municipal Building in lower Manhattan, the event attracted an unusually large crowd of some 60 individuals, some of them merely accompanying the bidders.

The first property offered, a 304-sf co-op in poor condition at 204 E. 7th St., had 15-20 bidders jammed in front of a long conference table at which city officials and lawyers were seated as the sale of Unit 12 began.  END_OF_DOCUMENT_TOKEN_TO_BE_REPLACED

Two co-ops that bidders previously shunned and six newly available ones, plus a West Harlem condo, are scheduled to be auctioned from the estates of owners who left no wills by Public Administrator Ethel J. Griffin in Manhattan on Dec. 8 at 11:30 a.m.

Minimum bids for the apartments, which span Washington Heights and Chinatown, range from a low of END_OF_DOCUMENT_TOKEN_TO_BE_REPLACED

The impossibly ornate Surrogate's Courthouse, where the auction was held.

Five of the properties ranging in location from Chinatown to Washington Heights failed to attract even one bidder.  A co-op on West End Avenue in Lincoln Towers sold to a sole bidder for its minimum of $300,000.

There were just two bidders for END_OF_DOCUMENT_TOKEN_TO_BE_REPLACED

Update: The Eldridge Street property has been withdrawn from the auction.

In its first estate auction of Manhattan properties since March, the city is putting on the block 10 co-operative apartments to be sold Sept. 27.

New York Public Administrator Ethel J. Griffin is offering units ranging from Chinatown to Washington Heights.  Among them are apartments on Sutton Place South, in the Lincoln Towers complex and on Carnegie Hill.

Minimum bids range from $45,000 for one of three limited-income co-ops to $950,000 for the ones on Sutton Place South and Carnegie Hill. END_OF_DOCUMENT_TOKEN_TO_BE_REPLACED

In early May, Riverside Park is this side of paradise.

A while back, I quoted Paul Purcell, who is a founder of Charles Rutenberg Realty, as mentioning what he termed an old saw:

Smart and obvious, though not to me until then.

The concept came back to me last month when watching a friend of mine, Teri Karush Rogers of BrickUnderground.com, on WNBC-TV, where she was talking about mistakes that buyers make.  She confessed that she twice had made one such mistake, and you’ve guessed what it is: She loved two places to which she moved but hated the neighborhoods.

As for me, I’ve lived in seven different Manhattan neighborhoods.  In order, they have been Morningside Heights, Washington Heights (in a section that has taken on airs as “Hudson Heights”), close to the East Village (18th and First Avenue), central West Village, Gramercy/Flatiron and now the Upper West Side near the 96th Street express stop on Broadway. 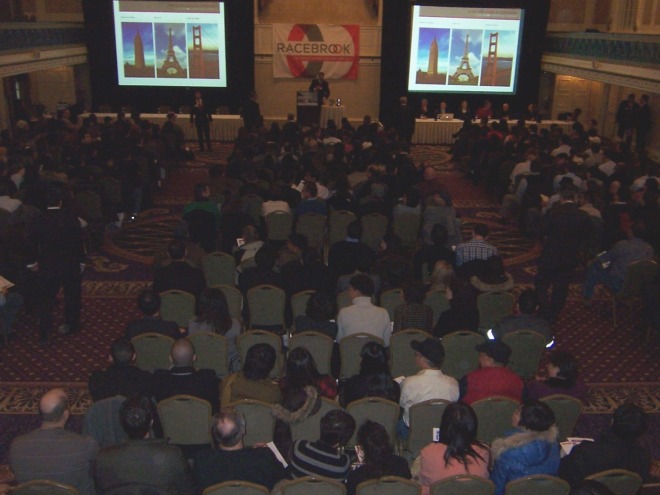 Some 350 individuals attended the second of two auctions, with approximately 220 of them having registered as bidders.

Bidding totaled nearly $15.9 million, including buyer’s premium, for 45 units sold Sunday in the successive auctions of condos that have been languishing in new developments in Manhattan’s Washington Heights and in Queens.

According to Mark Troen, chief operating officer of auctioneer Sheldon Good & Co., the average prices per square foot were approximately $300 for the 26 apartments in the New Amsterdam Condominiums in Washington Heights and $475 for the 19 in East River Tower–not bad for either immediate neighborhood. END_OF_DOCUMENT_TOKEN_TO_BE_REPLACED

Developer Jose Espanal says he is happy with results.

NOTE: I have updated this post to correct some totals and percentages.

Two auctions were held in succession of condos in two new developments at the Hotel Roosevelt today.

The Sheldon Good auction firm and the developers were bordering on euphoric with the results of the bidding for 26 units in the New Amsterdam Condominiums in Manhattan’s Washington Heights.

I didn’t speak with the developer of the 19 apartments in East River Tower that found buyers, marketed as situated in Long Island City, Queens, but he had ample reason to be pleased as well.

He may be a budding doorman, but he's out of uniform. (Flickr photo by Photo-Fenix)

It’s just about the next best thing in Manhattan to having a chauffeured limousine always at your disposal.  That would be living in a doorman building.

Door personnel and concierges obviously do like to get paid for their work, and that means you’ll fork over plenty in common charges or maintenance fees to live in a doorman building.  In fact, the cost of all labor normally is the biggest budgetary item in such a building.

But the conveniences are manifold; I’m sure that I don’t have to enumerate them for you.

I got to wondering what percentage of buildings END_OF_DOCUMENT_TOKEN_TO_BE_REPLACED

I’m old-fashioned in at least one respect.  I get the New York Times delivered to my door, and that’s how I normally learn about real estate auctions.

Whether by the public administrators of Queens, Manhattan and Brooklyn or by companies that specialize in such auctions, advertisements in print are the norm.

Not so, it seems, with Sheldon Good & Co., END_OF_DOCUMENT_TOKEN_TO_BE_REPLACED